America’s Best Care Plus’ Allergy Program offers the thorough protection of its Comprehensive Allergy Serum. (Rather than just containing a few local pollens, it contains most common antigens from around the world). This is coupled with the proven benefits of sublingual immunotherapy (SLIT). Not only is SLIT highly convenient since it can be taken at home, it has also been proven to be effective and safer than allergy shots.

The Cochrane Collaboration (internationally recognized as the highest standard in evidence-based health care) reviewed 22 studies involving 979 patients using SLIT and concluded that SLIT is a safe treatment which reduces symptoms and medication requirements in allergic rhinitis.

Sublingual immunotherapy is widely used in Europe where it accounts for at least 45 percent of allergy treatment. SLIT is affirmed by the World Health Organization and ARIA guidelines (Allergic Rhinitis and its Impact on Asthma).

Note: Article titles link to abstracts unless the full-text version is available to the public.

Preschoolers Benefit from Peanut Allergy Therapy
The Journal of Allergy and Clinical Immunology, 2016
Researchers tested peanut oral immunotherapy in preschool-aged children with a newly diagnosed peanut allergy. After the treatment, most children could eat peanut-containing foods without an allergic reaction.

Allergen-Specific Immunotherapy for Pediatric Asthma and Rhinoconjunctivitis:  A Systematic Review
Pediatrics: Official Journal of the American Academy of Pediatrics, 2013
Evidence supports the efficacy of both SCIT and SLIT for the treatment of asthma and rhinitis in children.

Sublingual Immunotherapy for Allergic Rhinitis and Conjunctivitis
Immunotherapy, 2013
SLIT has been consistently shown to be capable of reducing symptoms and medication use in allergic rhinitis and possibly in coexistent asthma for all the relevant allergens. In addition, due to the complex mechanism of action, SLIT profoundly modifies the immune response, thus, its effects last for many years.

Finally, SLIT,* as well as SCIT, ** can reduce the risk of asthma onset in children with allergic rhinitis. According to this evidence, SLIT is confirmed to be a viable alternative to SCIT in the treatment of allergic rhinoconjunctivitis, with a very favorable safety profile and the possibility of expanding the indications to other diseases.

Efficacy of Sublingual Immunotherapy Versus Subcutaneous Injection Immunotherapy in Allergic Patients
Journal of Environmental and Public Health, 2012
These results suggest that SCIT and SLIT exhibit similar efficacy. SLIT objectively improves symptom scores for asthma and allergic rhinitis while decreasing medication usage of allergy medications. Given the increased risk and difficulty in treating asthmatic and young patients, these results would suggest that SLIT should be considered as the main treatment modality for these patients, considering SCIT only for treatment failures.

Allergen Immunotherapy in Allergic Respiratory Disease: From Mechanisms to Meta-Analyses
Chest Journal: Official Publication of the American College of Chest Physicians, 2012
Sublingual immunotherapy is generally well tolerated, with local side effects (perioral and oral itching or mild swelling) experienced in approximately three-fourths of patients. To our knowledge, only six cases of anaphylaxis to SLIT have been reported thus far. A health economics analysis of SLIT (sublingual immunotherapy cost/allergy drops cost) against pharmacotherapy has been performed for pollen and mite allergens and found SLIT to be cost-effective as well.

Mechanisms of Allergen-Specific Immunotherapy: Multiple Suppressor Factors at Work in Immune Tolerance to Allergens
Journal of Allergy and Clinical Immunology, 2014
This study confirms the efficacy of both sublingual immunotherapy and subcutaneous immunotherapy in changing the immune response.
High-Dose Sublingual Immunotherapy with Single-Dose Aqueous Grass Pollen Extract in Children is Effective and Safe: A Double-Blind, Placebo-Controlled Study

Journal of Allergy and Clinical Immunology, 2012
This study confirmed that this SLIT preparation significantly reduced symptoms and medication use in children with grass pollen-allergic rhinoconjunctivitis. The preparation showed significant effects on allergen-specific antibodies was well tolerated and appeared to be a valid therapeutic option in children allergic to grass pollen.

A Prospective Study on the Safety of Sublingual Immunotherapy in Pregnancy
Allergy, 2012
Sublingual immunotherapy is safe during pregnancy and is also safe when initiated for the first time in a pregnant patient.

The Current Role of Sublingual Immunotherapy in the Treatment of Allergic Rhinitis in Adults and Children
Journal of Asthma and Allergy, 2011
SLIT has gained ample evidence of efficacy and safety and in some European countries is currently used more frequently than SCIT. Apart from its better safety profile, the advantages of SLIT over SCIT are with regard to compliance, which is higher because SLIT does not need to be administered in a medical setting, and cost-effectiveness (cost of allergy drops can be lower because the cost of the injections is not involved).

Sublingual Immunotherapy in Allergic Rhinitis
Asia Pacific Allergy, 2011
Sublingual immunotherapy (SLIT) has been widely used in European countries replacing SCIT because SLIT has several advantages: noninvasiveness, home administration, less frequency of severe adverse reaction than SCIT. The efficacy and safety of SLIT have been studied and in 2008, British Society for Allergy and Clinical Immunology announced SLIT as safe immunotherapy for AR and asthma and in 2009, World Allergy Organization Position Paper about SLIT described its efficacy and safety.

Safety of Sublingual Immunotherapy
Journal of Biological Regulators and Homeostatic Agents, 2011
Sublingual immunotherapy (SLIT) is now recognized as a viable alternative to the classical injection route and it is currently used in everyday clinical practice in Europe. Sublingual administration is particularly attractive for children since it is completely pain-free. To date, no fatalities from SLIT have been reported, but two cases of anaphylaxis to inhalant allergens have been reported. The large majority of the adverse events reported in literature is described as mild.

Preventive Effects of Sublingual Immunotherapy in Childhood
Annals of Allergy, Asthma and Immunology, 2008
In everyday clinical practice, SLIT reduced the onset of new sensitizations and mild persistent asthma and decreased bronchial hyperreactivity in children with respiratory allergy.  Read to learn more about the effects of allergy drops for kids.

Sublingual Immunotherapy: Clinical Indications in the WAO-SLIT Position Paper
World Allergy Organization Journal, 2010
SLIT is certainly indicated in allergic rhinitis in both adults and children. In this latter population, SLIT may exert a preventative effect on the development of asthma. The age seems not to represent a special problem. SLIT can be used also when asthma is associated to rhinitis, whereas it is not the first choice for the treatment of isolated asthma. The safety profile is excellent, but it is recommended that the first dose be given under medical supervision.

Undertreatment of Allergy: Exploring the Utility of Sublingual Immunotherapy
Otolaryngology-Head and Neck Surgery, 2009
Conventional subcutaneous immunotherapy is effective but is also associated with a risk of serious adverse events, requires administration by a trained health care professional, and is contraindicated in certain populations. By contrast, sublingual immunotherapy has been used extensively in Europe and possesses most of the benefits of subcutaneous immunotherapy along with increased safety, tolerability, and convenience. This narrative review explores data from selected clinical studies and concludes that sublingual immunotherapy may be well suited to fill the gap posed by the undertreatment of allergic syndromes in the United States.

Comparison of Sublingual Immunotherapy vs. Inhaled Budesonide in Patients (PDF)
Annals of Allergy, Asthma and Immunology, 2009
In patients with grass pollen–induced asthma, in the long term SLIT was equally effective as inhaled budesonide in treating bronchial symptoms and provided an additional benefit in treating rhinitis symptoms and bronchial hyperresponsiveness.

Meta-analysis of the Efficacy of Sublingual Immunotherapy in the Treatment of Allergic Asthma in Pediatric Patients
Chest Journal: Official Publication of the American College of Chest Physicians, 2008
SLIT with standardized extracts reduces both symptom scores and rescue medication use in children with allergic asthma compared with placebo.

The Safety of Sublingual Immunotherapy with one or Multiple Pollen Allergens in Children
Allergy, 2008
The use of multiple allergens for SLIT does not increase the rate of side-effects in children.

Sublingual Immunotherapy: What Have We Learned From the ‘Big Trials’?
Current Opinion in Allergy and Clinical Immunology, 2008
Sublingual immunotherapy represents an effective and well tolerated treatment for seasonal allergic rhinoconjunctivitis in adults. Current ongoing pediatric trials and evaluation of long-term effects in adults will further define its role in therapy.

Effects of Sublingual Immunotherapy on Allergic Inflammation
Inflammation and Allergy Drug Targets, 2008
Allergen specific immunotherapy (AIT) has a recognized impact on allergic inflammation, which persists after its discontinuation, and is the only therapy able to modify the natural history of allergic march. Anti-inflammatory mechanisms observed during sublingual immunotherapy with high allergen doses proved to be similar compared to subcutaneous immunotherapy. Recent data obtained in biopsies clearly indicate that the pathophysiology of the oral mucosa, and in particular mucosal dendritic cells, plays a pivotal role in inducing tolerance to the administered allergen.

Sublingual Immunotherapy: Past, Present, Paradigm for the future? A Review of the Literature
Otolaryngology-Head and Neck Surgery, 2007
A growing interest in SLIT use in this country is developing. SLIT offers several potential advantages, including excellent safety and tolerability, increased access to immunotherapy, and improved method of antigen delivery to children.

Post-Marketing Survey on the Safety of Sublingual Immunotherapy in Children Below the Age of 5 Years
Clinical and Experimental Allergy, 2005
SLIT is safe also in children under the age of 5 years.

Asthma, Oculonasal Symptoms, and Skin Test Sensitivity Across National Health and Nutrition Examination Surveys
Annals of Allergy, Asthma and Immunology, 2016
This article shows the increase in the severity and scope of untreated allergies over time and also affirms the accuracy of skin testing.  Allergy skin tests repeated after two decades showed that patients’ symptoms got worse and also that they developed allergies to new things.  Increased skin reactivity in patients’  allergy tests coordinated with their worsening symptoms–confirming the reliability of skin testing.

Preschoolers Benefit from Peanut Allergy Therapy
The Journal of Allergy and Clinical Immunology, 2016
Researchers tested peanut oral immunotherapy in preschool-aged children with a newly diagnosed peanut allergy.  After the treatment, most children could eat peanut-containing foods without an allergic reaction.

Can a Radical New Treatment Save Children With Severe Food Allergies? The New York Times, 2013
Dr. Kari Nadeau, Associate Professor of Allergies and Immunology at Stanford University School of Medicine, is conducting a trial to desensitize children with multiple food allergies. Read to learn more about this pediatric allergy treatment. 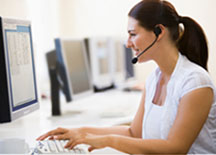